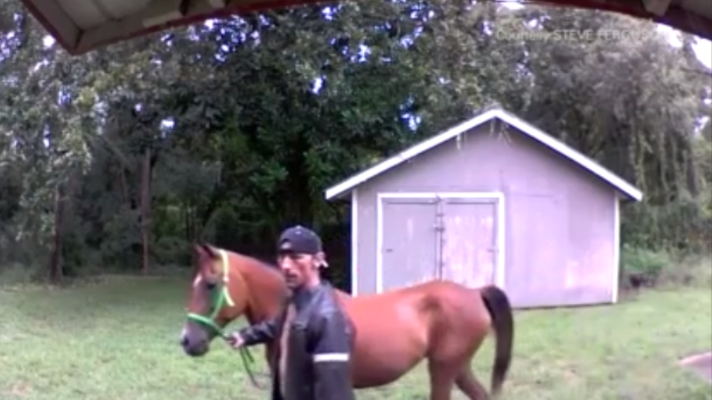 [PASCO COUNTY] – A Florida Man has been arrested after reportedly using a horse to break into a home.

It all started when homeowner Steve Ferguson began receiving alerts on his phone showing surveillance of Florida Man on his property. Steve called the sheriff’s office before heading home to confront the intruder.

When he arrived, he saw a horse attempting to flee the scene, as well as 52-year-old Lonnie Maddox.

“What were you doing in my house?'” Ferguson asked.

Florida Man then explained, ‘My horse broke into your house, mister, and I had to go in and get her.’

I said, ‘OK, so she broke into the gate and then the porch and then the house?'” Ferguson said.
Surveillance footage showed Maddox on the property, attempting to enter the padlocked front door. When he couldn’t get in, he broke a back window and climbed inside.

The arrest report states that the Florida Man told deputies the horse went into the yard through a broken fence, so he followed it. Nothing was stolen, but he caused approximately $100 in damages. The horse did not belong to Maddox and was returned to it’s owner. Original Article 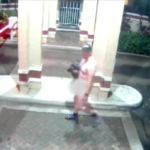 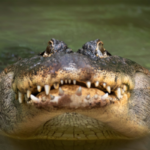