[DAYTONA BEACH] – A Florida Man taunted deputies on his motorcycle, revving it loudly before taking off and reaching speeds of nearly 100mph. It didn’t end well.

23-year-old Russel Gortzig was found lying the front yard of a home, with both leg and facial injuries.

According to deputies, the Florida Man began provoking them around 7 p.m, driving past the Volusia County Sheriff’s District 4 office, revving the motor, and taunting deputies outside before speeding off.

Several deputies spotted him again at various locations, but he continued to taunt them and speed off, going 70mph in a 40mph zone, as well as recklessly overtaking vehicles in a no-passing zone.

Witnesses say he was going nearly 100mph before he lost control and crashed into a tree. The motorcycle was seriously damaged, and Gortzig was airlifted to Central Florida Regional Hospital. He faces charges of fleeing and attempting to elude, reckless driving, and driving with a suspended license, according to the police report. Original Article 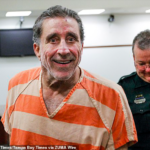 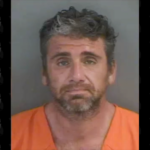 2021 Floridaman.com
Back to Top
Close
close