[PORT RICHEY] –  A Florida Man and former Mayor of Port Richey is charged with attempted murder, practicing medicine without a license, and conspiracy.

68-year-old Dale Massad is said to have abused crystal meth and crack cocaine. Witnesses told investigators about Massad eating and snorting meth before golfing, as well as smoking crack cocaine from a pipe he made from a golf club.

Massad is said to have hired runners to collect drugs for him throughout his time in office, as well as performing unlicensed medical services from his home. He was licensed to do so from 1977-1992, however, he voluntarily revoked his priveledges after a malpractice accusation which resulted in the death of a patient in 1990.

He was also charged with conspiracy after authorities say Massad was recorded on a jail phone plotting to intimidate a police officer involved in the malpractice case.

The Florida Man and former Mayor also faces attempted murder charges after firing on a SWAT team during a raid that was conducted at his home. Original Article 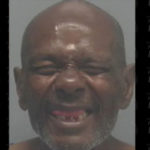 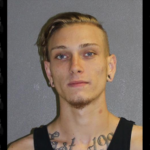